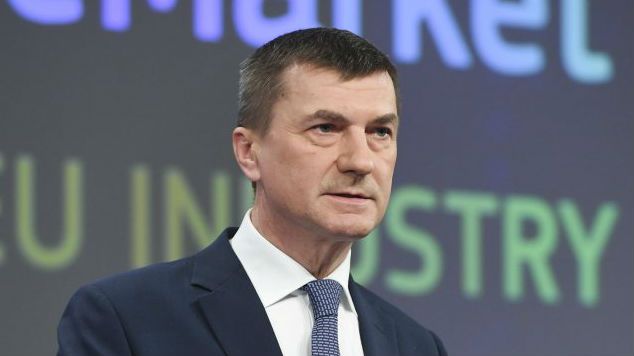 By John Hopewell and Nick Vivarelli
In a decision sure to spark relief in the European film and TV industry, the European Parliament voted Tuesday morning to reject most of the European Commission’s so-called Sat Cab proposal threatening territory-by-territory licensing of films and TV shows across the E.U.
Details of the vote, and views on where the issue goes from here, largely remain to be seen. The vote tally was 344-265 to reject most of the EC’s proposals.In one early reaction, Italian motion picture association ANICA, which had been lobbying intensely against the proposal, issued a statement after the vote saying that it proves “that the majority [of the European Parliament] wants a Europe made up of major players in the audiovisual sector; a strong and competitive creative content industry; and a digital market that is dynamic and not made up of passive consumers.”

Other industry orgs are likely to hail the vote as a victory for quality, cultural diversity and commercial freedom.

The result appears to be a major setback in the push by the European Commission, the executive arm of the E.U., for a single digital market across the union’s 28 member states. When the Commission first announced its plans for a Digital Single Market in 2015, industry orgs had anticipated that the European Parliament might support the Commission’s vision of ready online access across the E.U. for films and TV, unhindered by geo-blocking.

Now that the decision of the European Parliament is known, the next key milestone in the legislative process is Dec. 15’s meeting of the E.U.’s Council of Ministers – a forum of member states’ senior officials – whose deputy-ambassadors gather on Friday to discuss the issue. It is not foreseen that they will take a definitive decision.

Andrus Ansip (pictured), vice-president of the European Commission and major architect of the Commission’s Digital Single Market plans, has already tweeted that he will fight on and “strongly defend” Sat Cab at the E.U.’s Council of Ministers.

The Intl. Federation of Film Producers Assns. (FIAPF), as well as European trade bodies and big producers and distributors, including Working Title, published an open letter to the Council on Tuesday, before the Parliament vote, detailing the “devasting” impact on the industry and consumers if the Council takes the Commission’s line.

The Council is likely to take seriously the position of the European Parliament. Several key E.U. states – France, Spain, Italy – have already expressed definitive opposition to Sat Cab. Germany, critically, has yet to express its position on the issue, although key German institutions and stakeholders expressed large misgivings in the past – the upper house of Germany’s parliament, the Bundesrat, for example, questioned late last year whether Sat Cab proposals considered sufficiently rights’ holders’ interests.

The entertainment industry has expressed concern that the Parliament vote will be only a temporary breather as the commission seeks other ways of limiting territorial licensing, the backbone of European and indeed Hollywood business in Europe. The exemption of film and TV from a ban on geo-blocking in the E.U. is up for reconsideration next year, for instance.

Launched in September 2016, the Sat Cab, or “country of origin,” proposal would allow E.U. broadcasters to buy rights to movies and TV shows for pan-Europe transmission on their online catchup and simulcast services as long as these TV networks have cleared rights the rights in the country they broadcast in.

Allowing consumers to view films and TV programs on cheaper catchup services from other E.U. countries before the theatrical or TV first-runs in their own countries horrified Europe’s industry and Hollywood.

The European Parliament’s Juri Committee for Legal Affairs, the lead committee on the issue, voted Nov. 21 to throw out the country of origin proposal for all but news and current affairs programs. That had seemed a major victory. Residual opposition to the Juri Committee’s ruling, however, from the European Parliament’s Green Party and individual MEPs required a further vote Tuesday to arrive at a final parliament position on Sat Cab. That vote has upheld the Juri Committee’s rulings.

Last week saw intense mobilization by both sides on the debate. Ansip sent a leaked letter to the chairs of the European Parliament on Dec. 4 claiming that the position of the Juri Committee was that “our people should not have access across borders to anything outside news and some current affairs.”

Members of the Juri Committee and other MEPs hit back Thursday by citing the example of what could happen to access to German Bundesliga soccer league games if the Sat Cab country of origin proposal went through. Viewers in Poland pay about €5 for a subscription with commentary in Polish and a focus on Polish players. Viewers in Germany pay about €35 to watch the same games. “Without territorial exclusive licensing, the Polish games would be available for German viewers at  a fraction of the price,” they argued.

The Italian film and TV industry had also been up in arms against Sat Cab in the weeks leading up to today’s key vote. Italian culture minister Dario Franceschini has been a very vocal opponent of the proposal against which many Italian producers and directors had signed a petition to the European Union.

Europe’s industry will now judge what kind of victory they have won in what still looks like an extended war.